My husband found some pretty neat cookie cutters at an antiques shop the other day and I can identify all but one. I've been asking around and have a few promising ideas for the cutter, but none of them quite "fit". Really hoping someone knows what this is! I have no idea what it's supposed to be, but my first thought when I see it is either Santa or one of Santa's helpers bent over with a bag thrown over his shoulder

The bottom left view sort of evokes a woodland cottage with thatched roof, chimney to the left. But as I said to you on Facebook, I am really stumped.

Can't wait to hear what others come up with!

I have to say, this may drive me completely bonkers!!

I'm thinking top left is a bear with bow and the top right is a flying angel...

Thanks Teri, those are 2 ideas I haven't heard yet!  I think I can see the bear, but I'm not seeing the angel...

Thanks Teri, those are 2 ideas I haven't heard yet!  I think I can see the bear, but I'm not seeing the ange

see the halo on the top right and the flowing glown

Thanks Teri, those are 2 ideas I haven't heard yet!  I think I can see the bear, but I'm not seeing the ange

see the halo on the top right and just to the left is a wing on the bottom right the point is the sleeve and then the flowing gown with the 2 little feet in the middle? See it now?

Could it be a mushroom house with a chimney (postion of the cutter in the bottom left photo)?

WildflowerGobbler
I saw a mushroom house with a chimney right off, so I think Dana could be spot on. Although, my grandma had a couple of similar santa cutters with the sack so full of toys and treats that he was bent over under the weight. It could be a butterfly with the wings out, and that extra bump for the antenna.

I would use it for a peace dove in flight, with a tiny olive branch trailing back from the beak and head.  Maybe it's a winged cupid/angel, with the long curve as a drawn bow and arrow? I have to say, it's easy to imagine a large heart with embellishments around it, for Valentine's Day. Maybe a miner/fireman with a headlamp on his helmet?

My daughter is convinced that the lower left is a stereotyped, old-fashioned Native American profile, with feathers on the back of the hair, part of a braid, and the point on the right is a nose. (Like the politically incorrect Redskins sports logo.)Or the profile of a president, with the fringe of hair/wig (Didn't George Washington have a bow on theback of his wig?), and the fancy collar? Maybe I need to go look at some coins...

Knowing how old it is and where it came from could help. It would be awesome if you posted some cookies you made with it, as it's the Rorschach ink blot of cookie cutters lol! It might also be fun to trace it for a template, maybe squished into silghtly different shapes, and send out or post copies to challenge everyone to make something.

Our forums are a great spot to get speedy advice from other members, or to post your news. Before starting a new topic, please search the forums to make sure your topic hasn't already been addressed and read this post for more forum posting tips.
Site Stuff
Technique Troubleshooting
Recipe Rescue!
Cookie Craft
The Business of Cookies
Resources
Events
Member Meetup
Cookie Connection Contests
That Takes the Cake Show Cancellation - And New Cookie Competition Plans!
1/16/2211:20 PM

Julia M. Usher replied:
Thanks - glad I portray ease with pivoting! It's so not the case . . .

SugarDotCookies replied:
It's great that you're able to pivot so well!

Paige Ayers replied:
I sometimes like the color with the addition of white coloring but find that it does take longer for them to dry, they seem tackier. I... 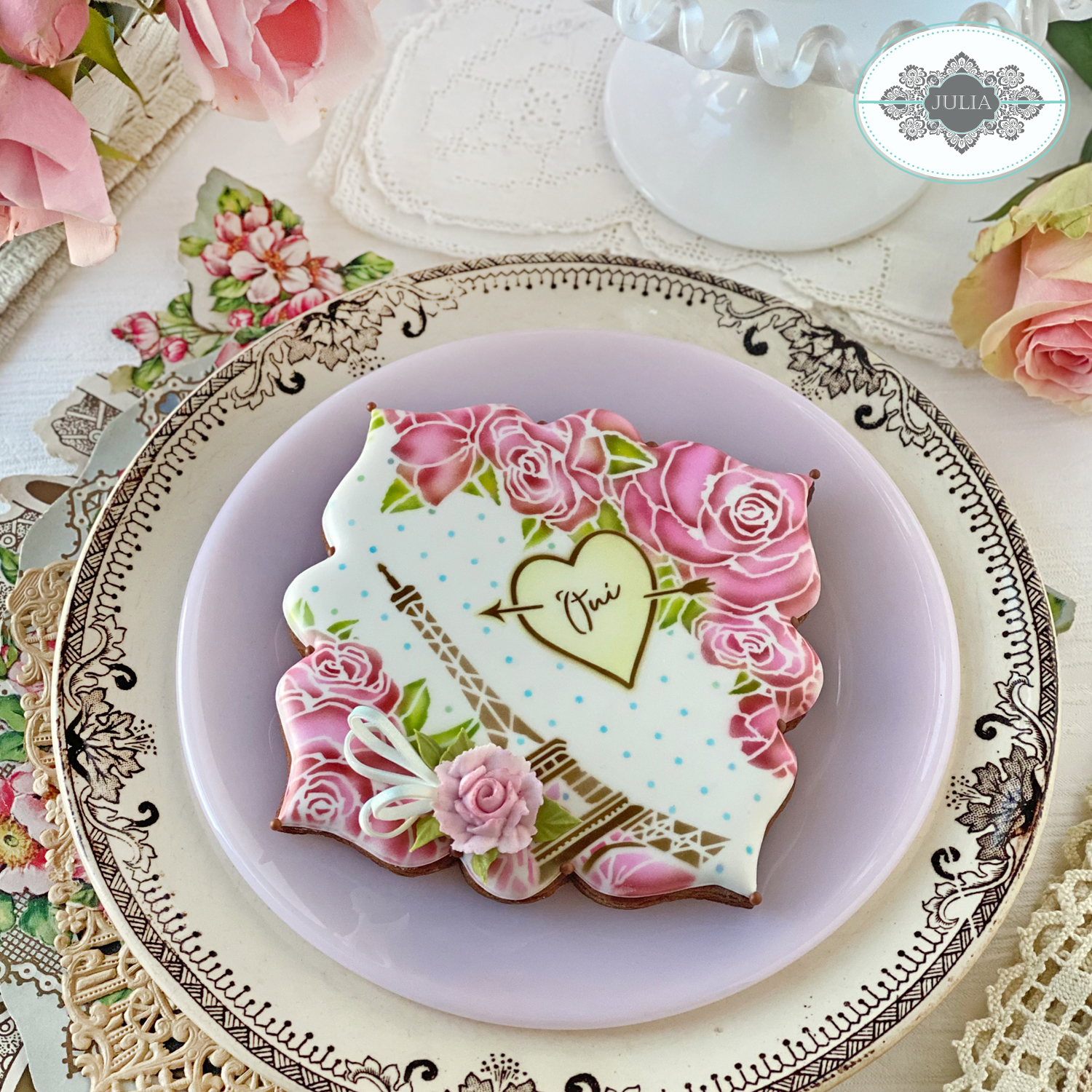