I apologize upfront if this topic has been discussed, but as I'm new to royal icing, I have no idea what to call what happened to my cookies to really even look for it.  I googled "pit marks in my royal icing", "small pin holes in my royal icing", etc., and kept getting queries back for butter bleed, white spots, and icing that sort of imploded on itself in spots, which is not what has happened in my situation.

I'm at a loss as to what happened. So first I must say, I usually decorate with fondant, but as it can be a bit much for most people, I decided to go with royal icing.  I see so many beautiful creations, I naively thought "how much could I really suck at it". Well, the answer is A LOT, apparently.

The recipe I used called for 10 tbsp of meringue powder to 2 lbs of powdered sugar and was written this way on purpose. Through my research, I can see how making a good thick batch and thinning it out as needed is smart, maybe just not for a beginner. I was under the assumption of the 8-12 second rule, where for flood consistency, you wanted to be able to have it fall back in your bowl and melt back into the batch undetected within that 8-12 seconds.  It took so much water to get what I thought was flood consistency icing. I don't know if I over mixed it by mixing it every time I added water, although I mixed it entirely in my stand mixer on around 4.  I don't know if the powdered sugar I used was old, or what, but I never really got a good flooding consistency. I had to use what I made, as I had no more powdered sugar and had promised the cookies at work for today. So when I flooded them, they took FOREVER to crust over, well over an hour or maybe even an hour and a half.  They were still a little soft, but they didn't pit in when I decorated them with what I thought was medium consistency icing.  So after letting them sit in front of my window air conditioner (not right in front, of course), I had to go to bed, so put them in my cold oven overnight to keep the cats off of them. I don't know if this is what caused what happened or if it was a multitude of all of the above. I really need some advice, so I can try again this week. I'm throwing out the leftover royal icing I have and starting over. I found a different recipe that doesn't use as much meringue powder, so will try that one this time.

Can anyone tell me what it is called that happened to my cookies, and what could've caused it in the first place? Again, they were fine until they dried. Also, when I went to pipe out my medium consistency icing for the silver lines and green and black details, the icing was curling at the end of the tip, right when it started coming out. I think it was again, too thick, but as a newb, I don't really know what I'm talking about. Any help would be appreciated before I murder another poor batch of cookies.

Hi, knwalter, Congrats on making your first post. I look forward to many more to come!

Hi, again, @knwalter - This phenomenon is most often referred to as "cratering", and we have several forum topics on the subject already. Here's one of the most relevant ones: https://cookieconnection.julia.../topic/icing-craters

If you do an "advanced search" of this site (click on the magnifying glass icon and then "Advanced Search" above the box that opens up) for "crater", a bunch of other forum topics on this subject also come up.

Take heart, KMWALTER. Your first royally iced cookies look way better than my first! You'll find this forum is very helpful. Your frustrations will be fewer and your iced cookies will get better as you learn and practice.

Thanks for the responses, I'm trying again this weekend, so will post some new pics,  going to try drying them under a fan and working on my consistencies a bit more.  Wish me luck and Happy 4th to the USA!

Your recipe seems to ask for way too much meringue powder and you added too much air in it.

@Elke Hoelzle I was thinking that too.  Got involved with another cookie project over the weekend, but making a big  batch for my daughters school today, baking tomorrow and decorating tomorrow night and Wednesday, so should have some pictures to post by Thursday.  I'm trying Julia Usher's Royal Icing "Glue" recipe this time, except substituting Meringue Powder for the egg whites. Thanks for your advice!

Our forums are a great spot to get speedy advice from other members, or to post your news. Before starting a new topic, please search the forums to make sure your topic hasn't already been addressed and read this post for more forum posting tips.
Site Stuff
Technique Troubleshooting
Recipe Rescue!
Cookie Craft
The Business of Cookies
Resources
Events
Member Meetup
Cookie Connection Contests
10% Off Stencil Sale, from July 7 to July 13!
1 day ago

Beautiful banner and backdrop, Carol. It is nice to see pretty things whenever I come to Cookie Connection. ❤️🤍💙 I am really looking...
1 day ago 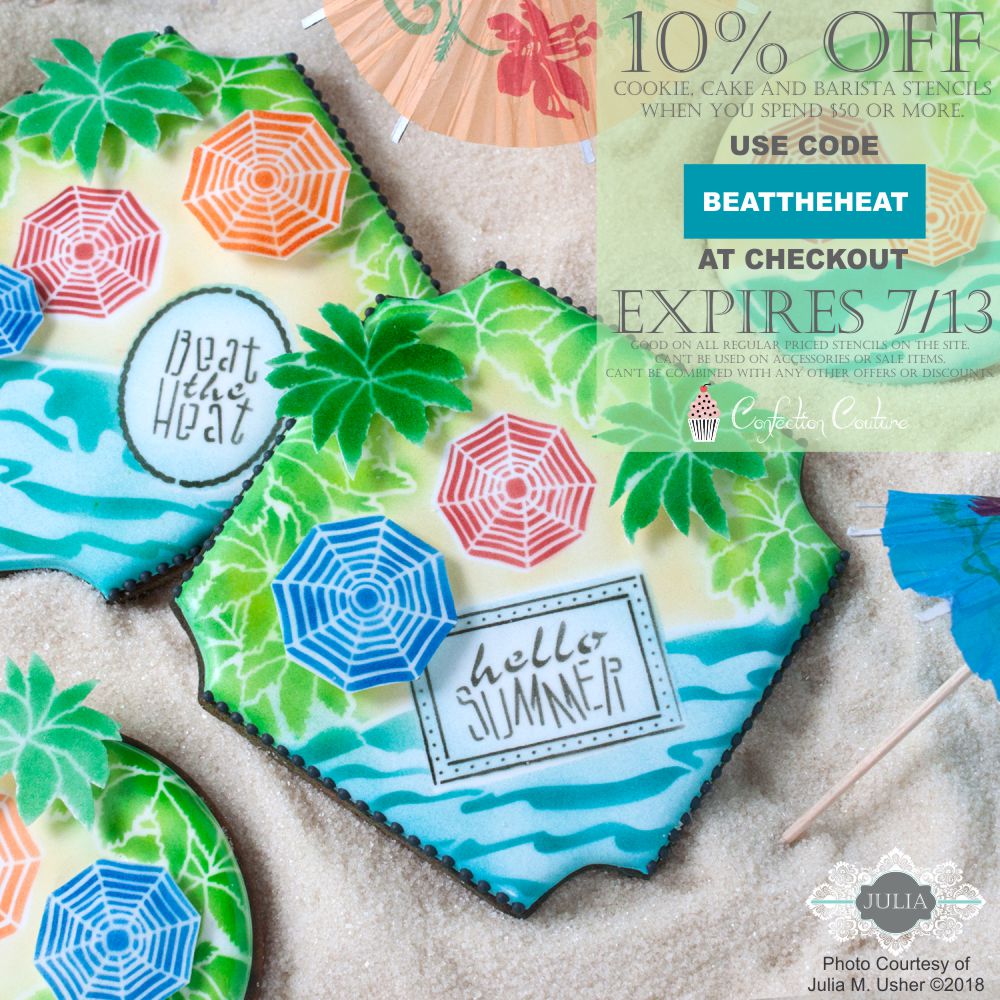 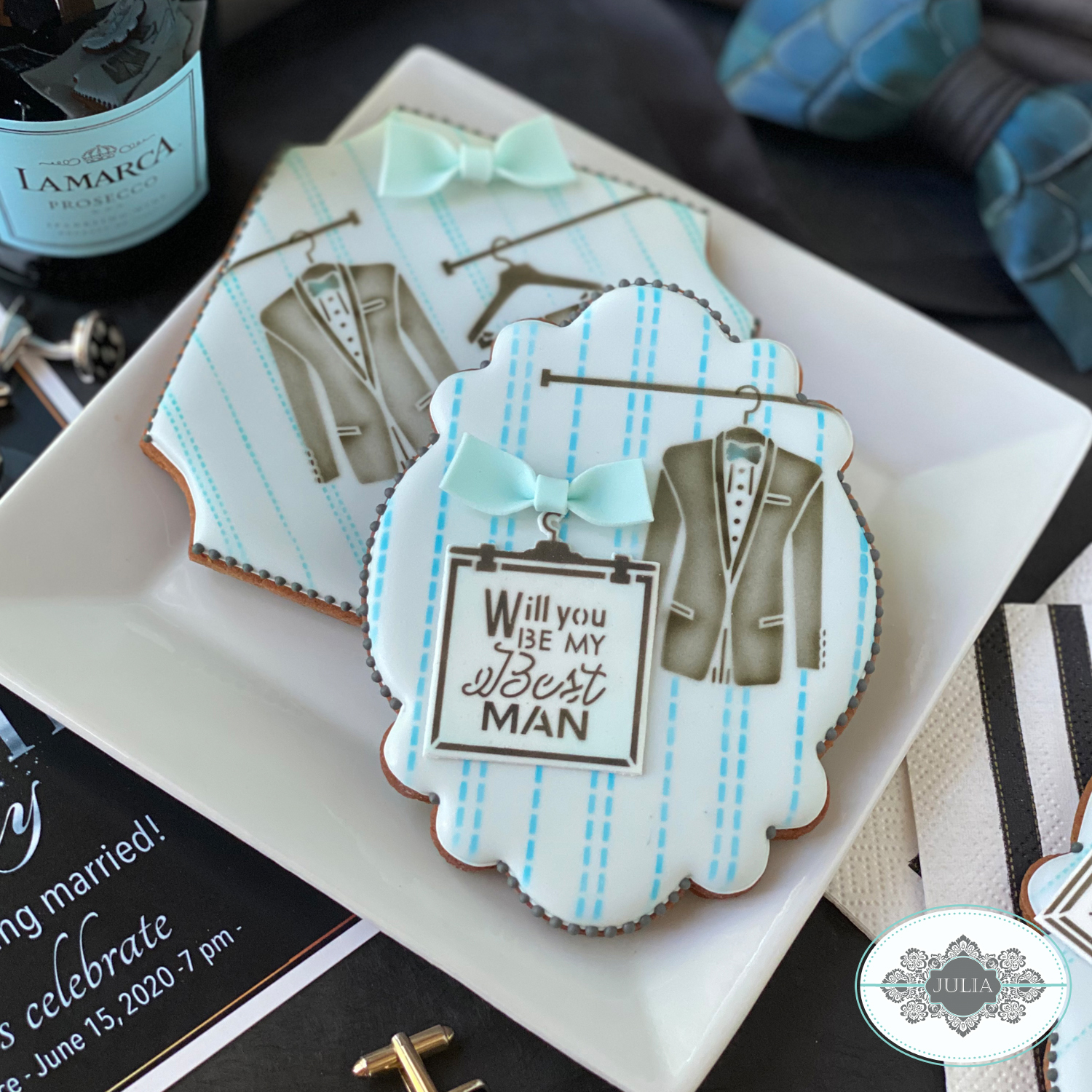