Well, this month is a tad unusual (in a good way), because rather than having one featured site artist, we've got two! Yes, two: Laegwen and Ryoko ~Cookie Ave.! You see, when it came time to select the July winner of Practice Bakes Perfect Challenge #13, I just couldn't! I was equally smitten with each of these cookiers' entries, though for somewhat different reasons, and so, after several hours of racking my brain to come to a single selection, I simply gave up and decided to honor both. For the first half of the month, we'll get to enjoy Ryoko's amazingly lifelike entry, below, in our banner and backdrop . . . And, starting around about July 15, I'll swap in Laegwen's idyllic seaside scene: As always, I'll be doing in-depth Cookier Close-ups with our two honorees, but they too will be different. In fact, I should be saying "Close-up" in the singular, as we'll be doing a single team interview - sort of a "she said - she said" take on the classic "he said - she said"-style interview, where each person will be asked the same questions, and we'll be surprised to see how similar or different their responses end up! Expect this interview in late July, as I will be on vacation - hopefully enjoying idyllic beaches like those Laegwen cookied so well - until the second week of July.

In the meantime, here's a little more information about our wonderfully creative July site artists! Ryoko Hayashi (aka Ryoko ~Cookie Ave.) has been decorating cookies for two years as a hobby, and is married with no children and living in Japan. Ryoko started working right after college at a trading company and worked there for eight years, importing ceramics, glasses, fashion-related items, food, wine, and other sundries, and exporting machinery. After this first job, she started her own company, selling imports from the EU. She ran two brick-and-mortar shops, as well as an online store, and sold to both retail and wholesale customers. Because of time differences between Japan and the EU, she worked incredibly long hours, but the pace did not bother her at all!

Three years ago, after 18 years of running her business, Ryoko closed its doors and stopped working to take care of her mother and to spend more time with her husband. During this time, she decided to attempt things she had always been interested in, but had avoided most of her life, such as sewing, knitting, weaving, and cooking! One day while net-surfing what to cook, she found cookies decorated with royal icing. Pleasantly reminded of the Cookie Monster cookie she had gotten from the States when she was little, Ryoko was spurred to learn more about this craft. She could not find any classes at that time, so she learned how to decorate cookies by watching YouTube and reading books and blogs.

After Ryoko closed her business, her friends worried that she might not be able to adjust to new water, but cookies gave her a welcome outlet and a way to connect more deeply with others. Even her mother-in-law looks forward to her latest cookies and their shared cookie talks! Leoni Eckart (aka Laegwen) contributes every other month to Get Inspired with Laegwen, a series of Cookie Connection cookie decorating tutorials that follow her personal experiments with gumpaste, royal icing, and other cookie decorating materials and methods. Leoni started her baking career way before her own memory sets in, decorating Christmas cookies with her mother (at least that's what she's been told), and has never entirely stopped puttering around in the kitchen since. Her first decorated cookies as an adult were her own wedding favors in 2013, and then, over Christmas 2014, her cookie fever went into overdrive!

Leoni continues to decorate cookies as a hobby, and would love to give classes, though she reports very little demand for them in her neck of the woods, which is near Hamburg, Germany. Her "real job" is international trade, mainly importing from China, but she also does some export business to the Caribbean.

On a more personal note, Leoni is married to the most wonderful man she knows. He is often her cookie muse and helps when she gets stuck with a design. He says he loves the sounds of her working in the kitchen. Leoni and her husband have no human kids - only three (!) feline ones - but they have plenty of family nearby. Last fall, Leoni turned 40 years old, and, when not cookie decorating, she enjoys watching things grow (and sometimes die!) in her garden.

BTW, to read all of Leoni's past Get Inspired tutorials, click here.

I hope you enjoyed those brief introductions! Remember, stay tuned for more in-depth coverage of these two talented cookiers when their Cookier Close-up (singular!) unveils later this month!

* P.S. Our 2016 featured site artists are all winners of our Practice Bakes Perfect Challenge #13, which you can read more about here. If you would like your own cookie art to be considered for use on the site after our challenge winners have run their course (by January 2017), I would love to see it at any time. Guidelines for submitting cookie art can be found here.

No wonder,  both are wonderful  and congratulations. .

Congrats to both of you for your featuring! Amazing summer cookies! A beautiful view to the sea and under the sea.

It was very nice to see your pic, Ryoko. We have PM during our cookie collaboration and we keep cookie chatting through the PM of the site, also with Zara @Carouselselsel, but Ryoko didn't tell us all the details about her on purpouse, to leave them for the Close-up. It is really nice to put a face to our chats.

Nice to get to know a little bit more also about you, Leoni. Julia put a face to your name when you became "tutorialist", as she said. It is about time for the next one!

I am looking forward to read about you. Thank you Julia for these introductions though you are on vacation.

I can understand Julia's impasse in choosing july's banner and background. Her decision was the wiser one! Both of the banner are great and they deserved to win! Congrats again to  Ryoko and Leoni.❤️❤️❤️

Aaahhh . . . my sweet friend - Ryoko! So proud of YOU! I'm just smiling and loving your sweet smile. ~ Jinnee ~

Congrats to both!!! Very inspiring stories, and amazingly cookie works. Love to read more about you and learning of your skills. Thanks Julia for the excellent choice. Tons of  Cookie Love!

Our forums are a great spot to get speedy advice from other members, or to post your news. Before starting a new topic, please search the forums to make sure your topic hasn't already been addressed and read this post for more forum posting tips.
Site Stuff
Technique Troubleshooting
Recipe Rescue!
Cookie Craft
The Business of Cookies
Resources
Events
Member Meetup
Cookie Connection Contests
"Out-of-Office" Notice for Julia
5/4/229:20 PM

Zeena replied:
Have a wonderful time Julia @Julia M. Usher
Sylvianne replied:
No problem. We’ll be here when you get back.
Julia M. Usher replied:
Thanks for posting, Elke! I've already donated and circulated the post on my Facebook page. I encourage other cookiers here to do the...

Julia M. Usher replied:
I take back what I just said. Since I only have three days in town before I travel again, I am going to focus that time on getting this... 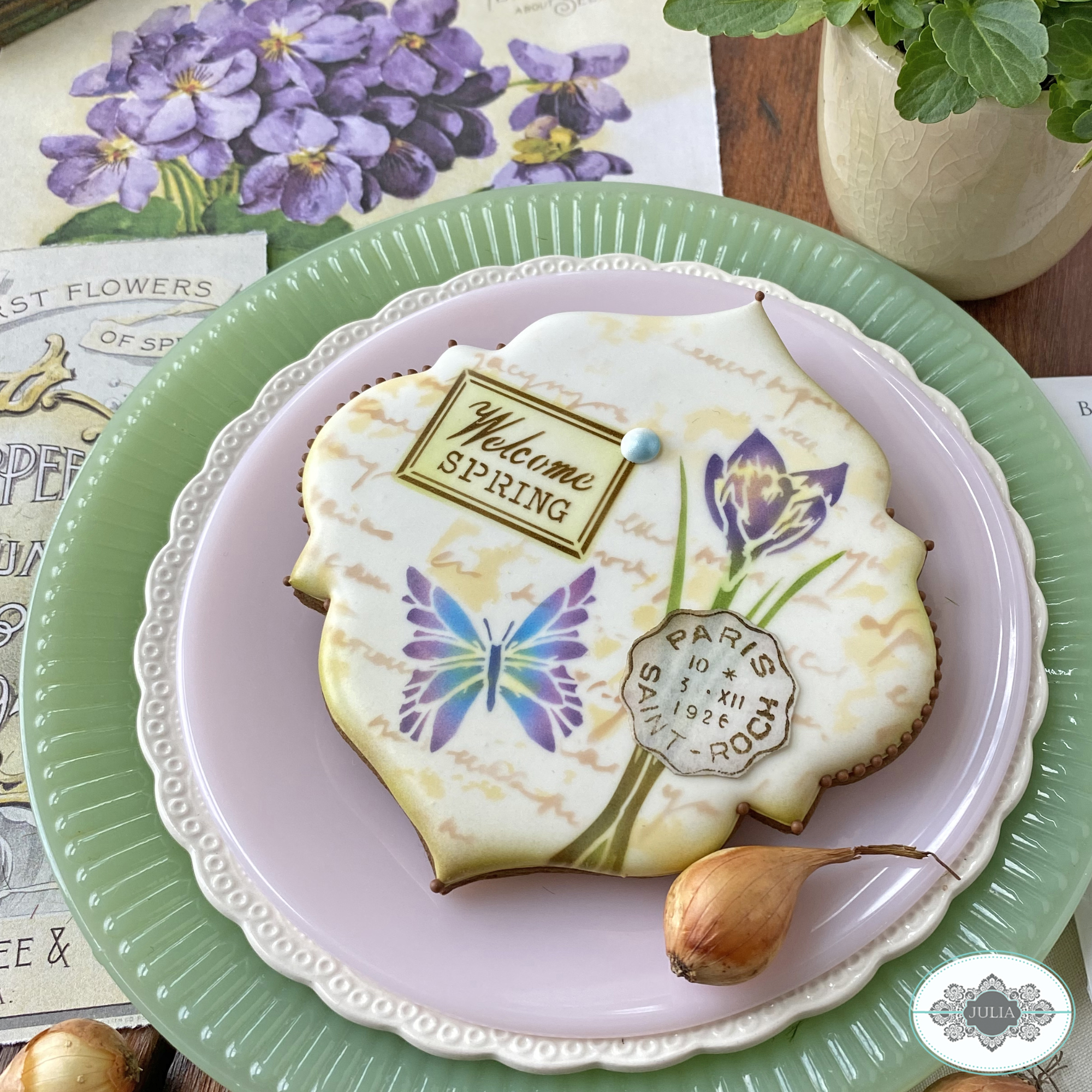