I’ve been fascinated with the idea of recreating the iridescent effects of beetles or butterfly wings in royal icing for some time, and with the growth of my collection of edible metallic paints (mostly Rainbow Dust) and a commission that would provide the perfect background for some shiny beetles, I finally decided to have a go. I'd like to share the results with you here (the tutorial is mostly contained within the video below), as well as the rather romantic story behind the commission! [EDITOR'S NOTE: Ooh, how timely! It all sounds rather Valentines-y!] I was contacted by a customer who wanted me to create a cookie jigsaw puzzle (aka "cookiesaw") as a birthday gift for his partner, who is rather keen on jigsaws. It was to contain images significant to both of them, and also give nod to the fact that the gift would be presented, on holiday, in a treehouse! So I came up with a design to make viewers feel high up in the trees, peering out through leaves at the sunset. The background would contain a painted sunset and oak leaves, and I would pipe twigs, more leaves, and two detailed squirrels on top, all of which would be handpainted. The final details would be royal icing transfers of insects, including iridescent beetles! The whole jigsaw would be packed unassembled, in a gift box, to be put together by the recipient. But there was a rather romantic twist to the whole thing. You’ll have to read on to discover just what! But, first . . . To pipe the beetles, I simply collected a few photographs of the kind of beetle I was after. (For those photos, see my Pinterest inspiration board here.) I needed something fitting a British landscape, and so focused on Tansy beetles and Mint Leaf beetles, both of which have gorgeous colours. Recalling some ancient biology lessons from my childhood, I simplified those images into three parts: head, thorax, and abdomen (with two wing cases). Then I simply piped each section, by eye, with thick flood icing. To maintain distinct sections, I allowed each section to crust before piping the adjacent one. If you don’t fancy tackling this step by eye, it would also be very easy to trace the outlines of these sections from a photograph, and then pipe over them on transparent cellophane (or acetate). Now, some tips for applying the metallic paints: I had two shades each of blue and green, and I wanted to work out how to blend them seamlessly. It’s worth having a little practice first on dry royal icing. I initially found these paints a little difficult to handle, a bit like nail varnish – if you go over the same area too thickly when it’s started to dry a little, you can cause the paint to wrinkle up and become a big blobby mess! You can paint quite thickly and quickly, allowing the paint to smooth over and dry with a beautiful shiny look, but it’s difficult to work in different colours this way. Or you can work with much thinner layers and blend as you go, going back over previous layers once they have dried. I found the latter approach, whilst not giving the high shine I might have wanted, was much better for creating the shimmering effect of iridescence. One helpful tip is to use a damp pad as an artist’s palette, to allow a little blending of different shades prior to painting on the icing.

Without further waffle, have a look at the video to see how I made these beetles:

You can see I also made ladybirds (aka ladybugs) and bumble bees. All manner of little extra details for your cookies can be made in this way, because RI transfers keep so well for months. So whenever you’re making flower or leaf cookies and you think they need a little something extra. . . just reach for your box of beetles! And the final twist on the story! I sent one piece of the cookiesaw separately. Because it didn’t appear in the gift box, there would be a piece missing once the puzzle was pieced together. My customer had a plan. He would hide the last cookie, pretend it had dropped to the floor, and get down on one knee to "find" it . . . and when he lifted it up to his partner, he would see the piped words, "Will you marry me?". [EDITOR'S NOTE: So sweet! I wish everyone reading an equally romantic Valentine's Day!] Lucy these are just stunning! I've been meaning to try iridescent beetles since visiting an exhibition about insects last summer. I almost didn't want to watch so I could work out how to do it by myself, but I figure I'm not going to have time to try for a few months yet. Thanks for all the tips! I'm sure mine will not look anything like yours, but one can hope!!!

That makes me want to cry, Lucy ... what a sweet story, and a beautiful cookie-saw puzzle to go with. As always, a fabulous piece of edible artwork!!!

Another stunning cookiesaw, Lucy. The beetle is amazing. I love to read this tutorial and the story is so romantic. Thanks for sharing.

I love your woodland scenes, this is stunning Lucy! Thank you for the video tutorial, your iridescent bugs look so realistic, amazing ❤

So beautiful! Luv the story!

Aww, so sweet! Adorable (those squirrels!) and the little story is heart warming. Ah, love...

This is fantastic Lucy.  Wonderful puzzle, unbelievably beautiful beetles and terrific video.  A million thanks.   Pip

Icingsugarkeks commented:
Congrats to all seven artists, who took part in the challenge with such great love! Each of the pieces has its own story and is a...

Icingsugarkeks commented:
WOW!! What a cookier close up!! Congrats Julia und Svetla!! I enjoyed every sentence! Your cookies Svetla, I love from the start !! When...

Elke Hoelzle commented:
Wow! I couldn't believe, all cookies that I've been admiring for so long and I loved learning a little bit about who is behind @Vanilla...

Zeena commented:
Congratulations Svetla @Vanilla & Me . Your cookies are exquisite and beautiful pieces of art. 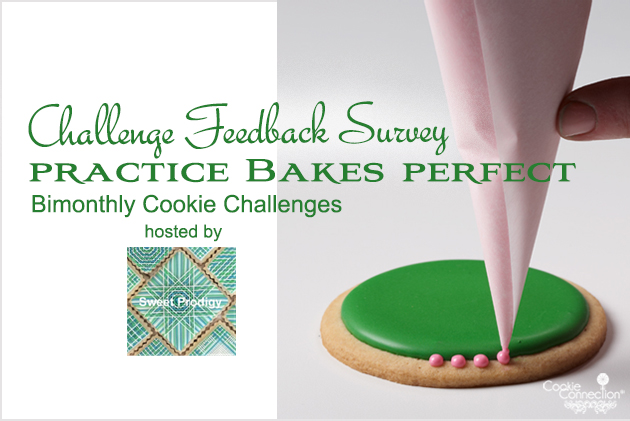 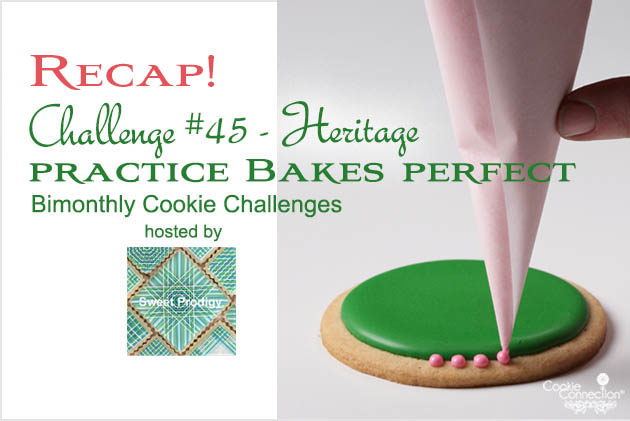 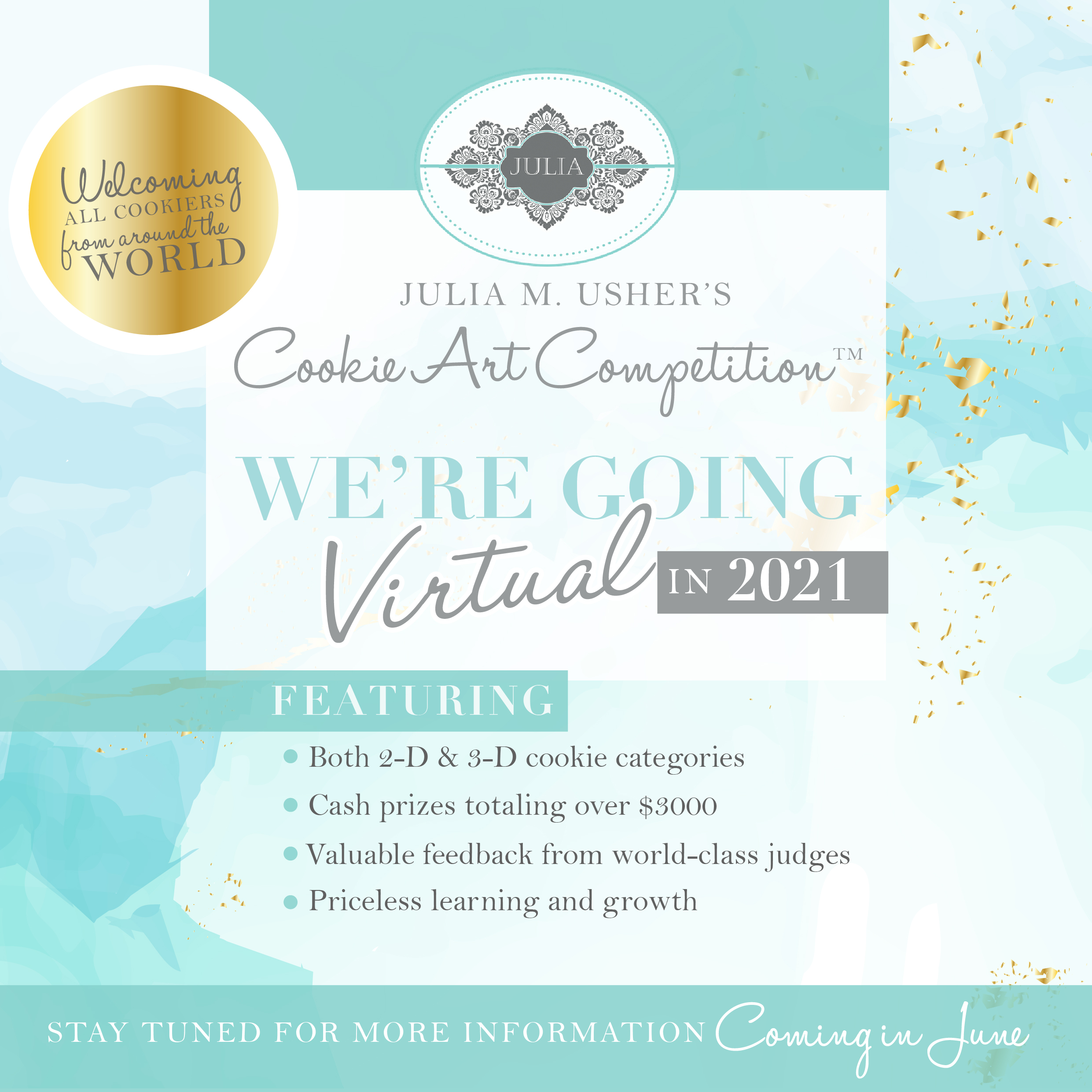 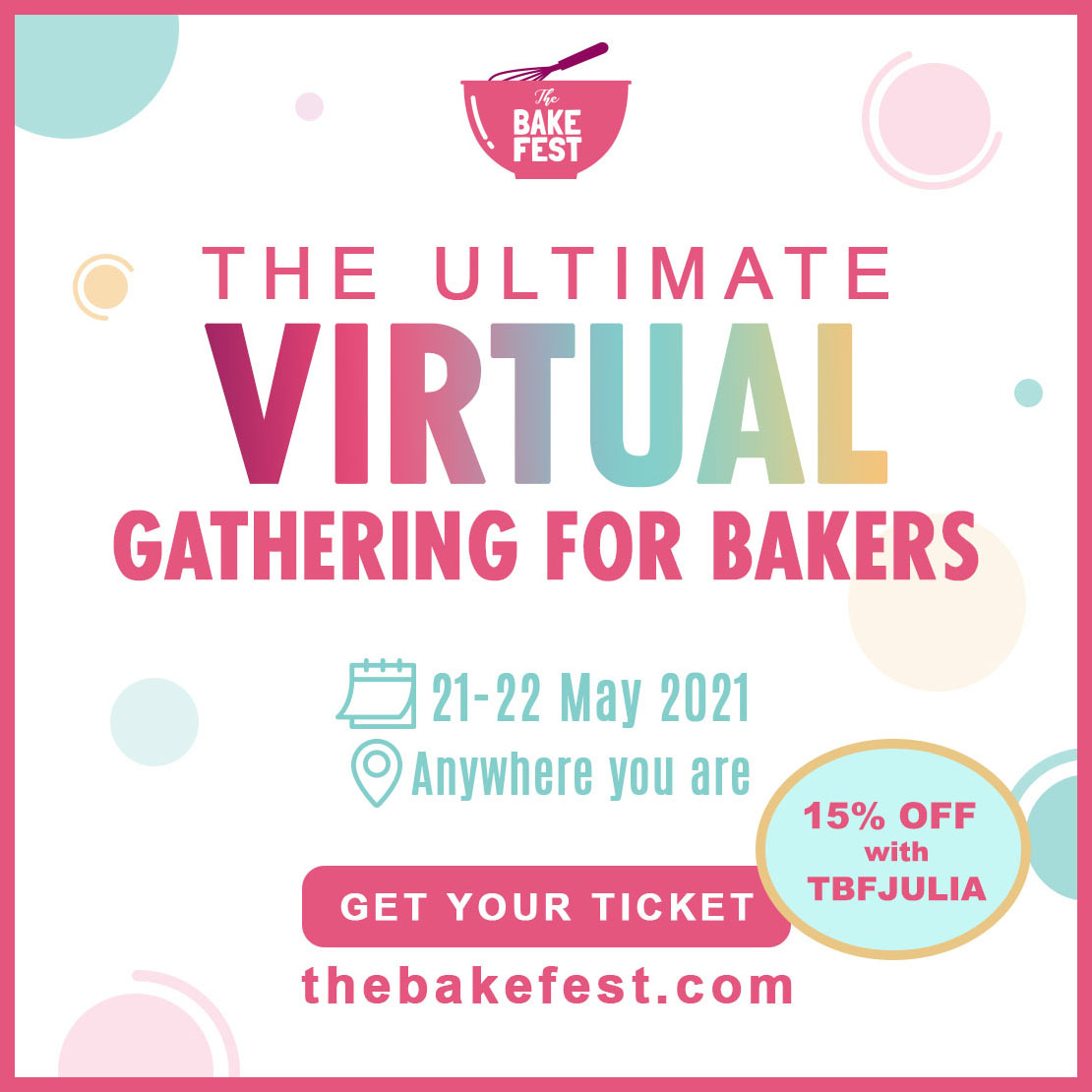 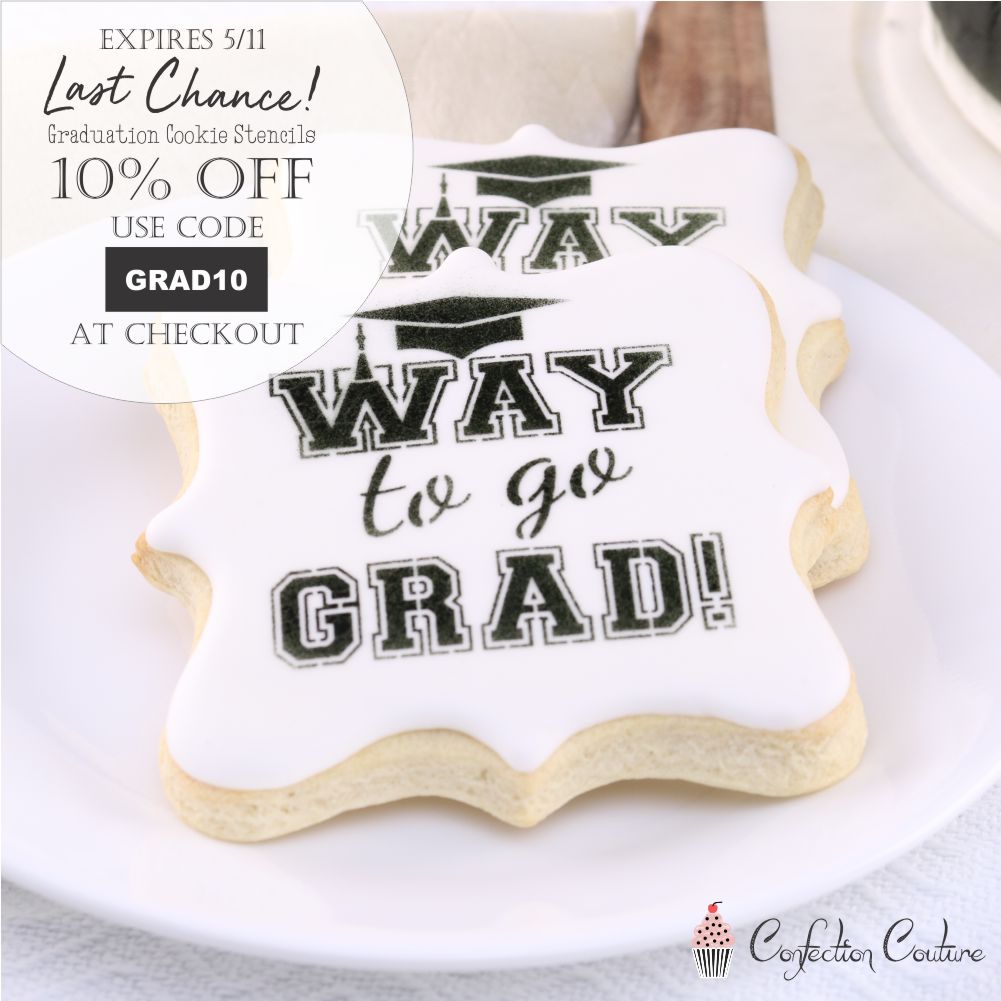 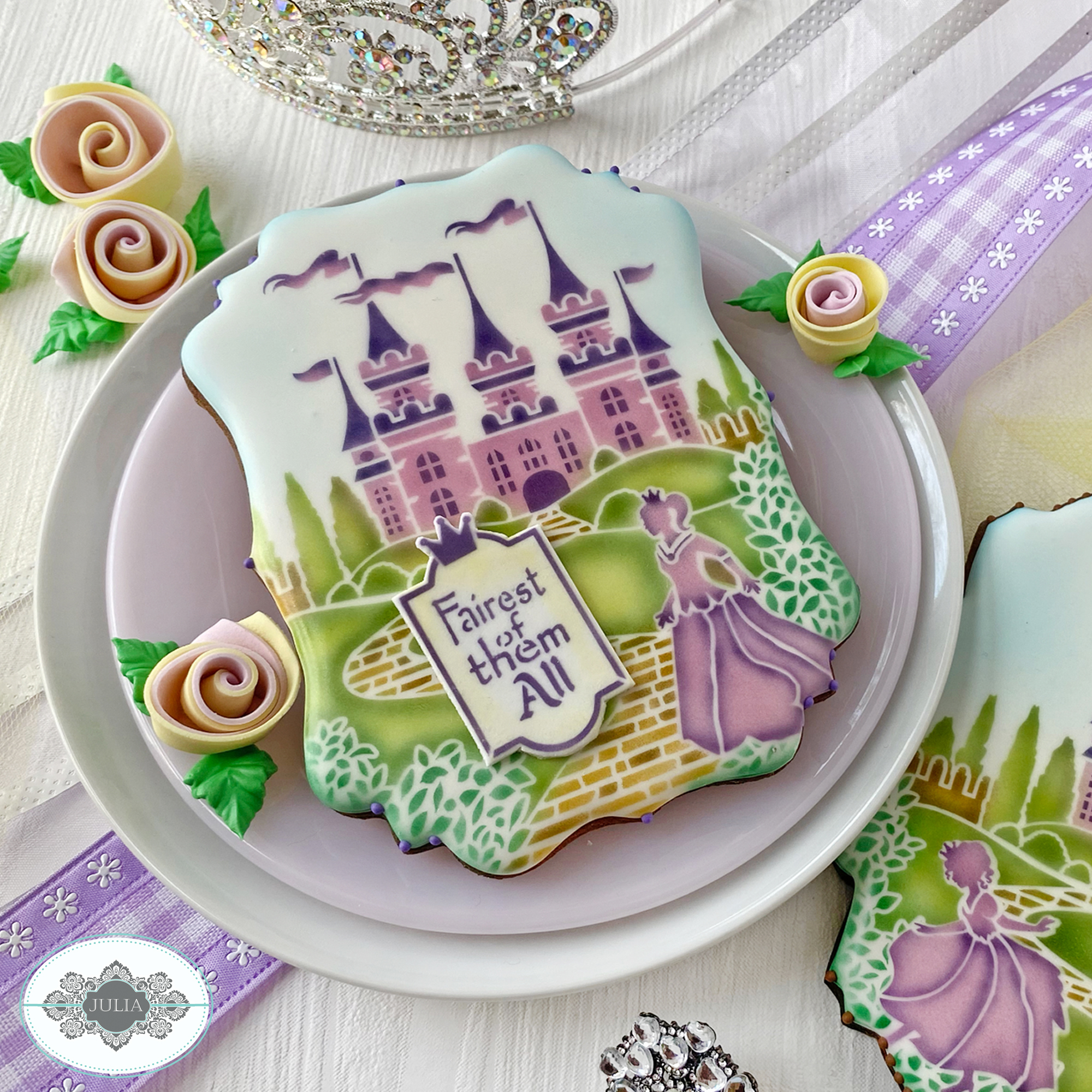